Touchstone Energy® Cooperatives in eastern South Dakota and western Minnesota honored some of the area’s most impressive high school seniors Saturday, April 29, during the 15th annual Touchstone Energy Scholar of the Year banquet and recognition on the campus of Dakota State University.

The event honored the 34 high school students who were chosen each week throughout the school year as the Touchstone Energy Scholar of the Week. It’s a program which recognizes students for academic achievement, co-curricular involvement and community service. The students are featured in weekly segments which air on KSFY Television and each student receives a $100 scholarship for being chosen as the Scholar of the Week.

Dakota State University’s President Dr. José-Marie Griffiths was the keynote speaker for the Scholar of the Year banquet. KSFY News anchor Brian Allen served as the master of ceremonies. 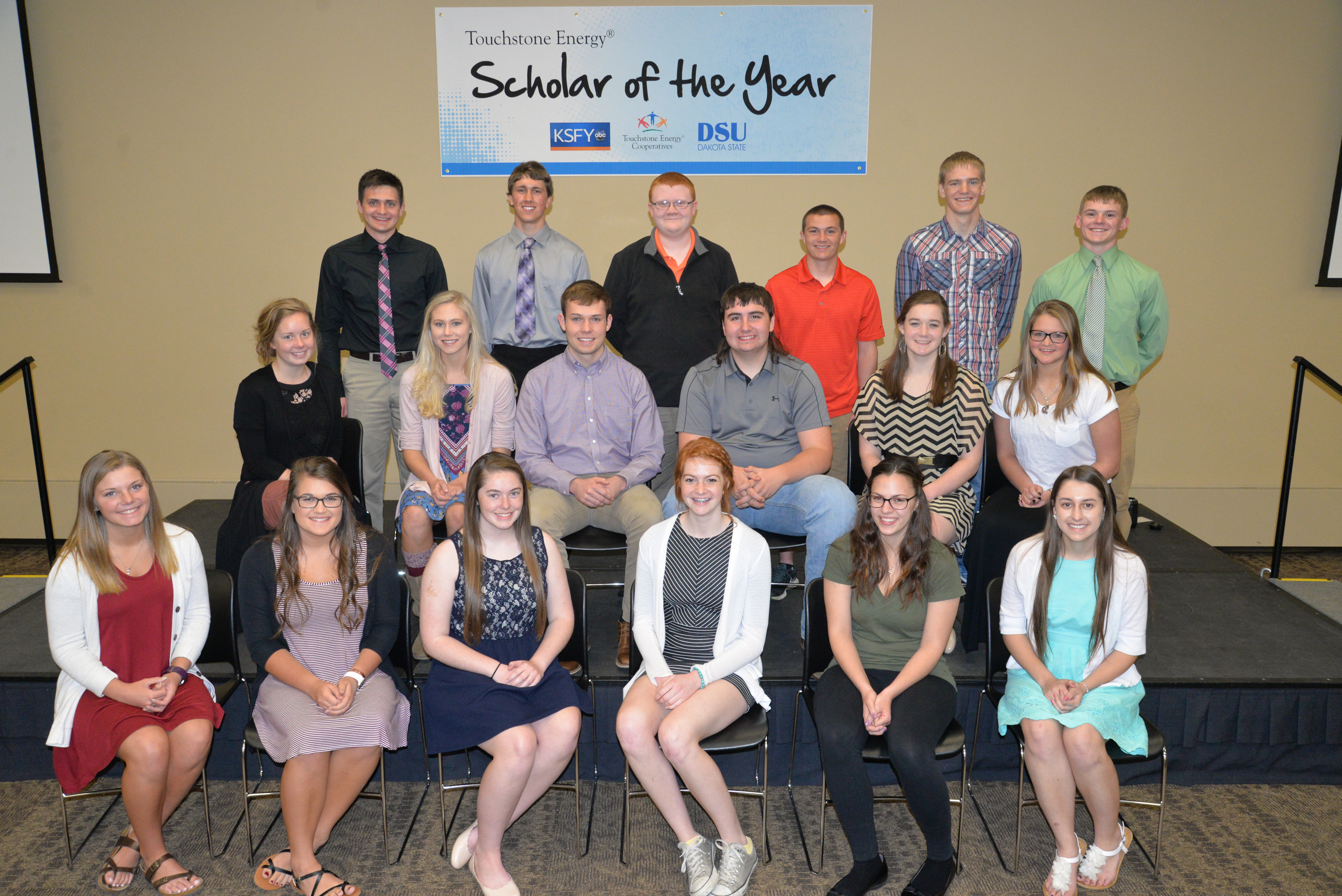 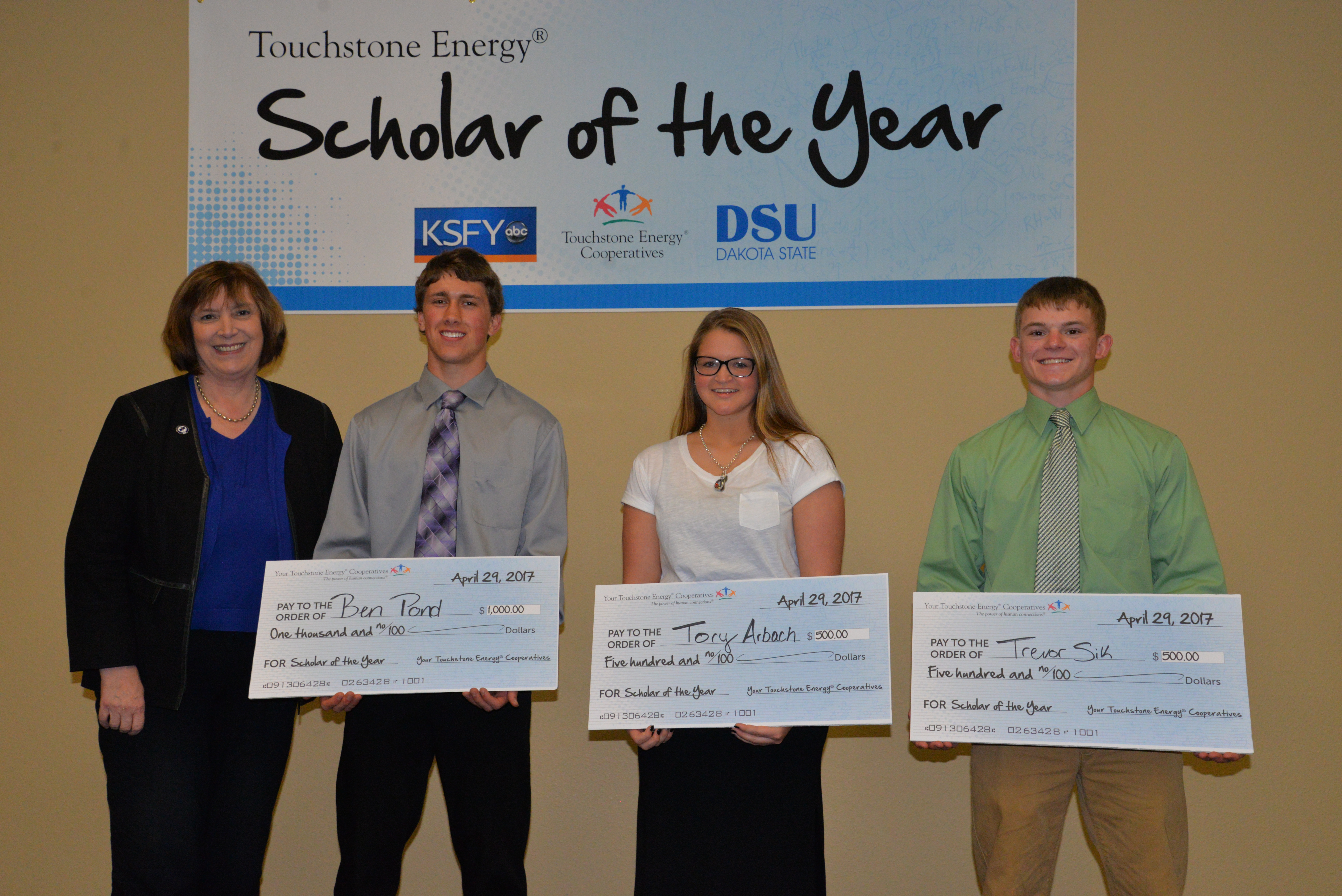